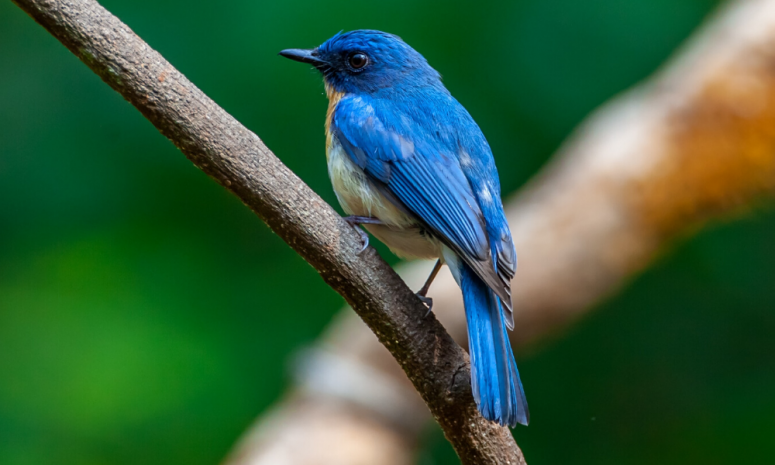 While Facebook is the first social ads platform many advertisers turn to, other platforms can be intimidating to learn as budgets are expanded and testing extends to include other platforms. Twitter is one such platform, and in this article I’ll provide a walkthrough of creating your account and launching your first campaign.

First, you’ll need to set up a Twitter Ads account. This needs to be done under the login associated with the Twitter handle you want to run ads from.

Next, you’ll want to make sure the Twitter pixel is installed on your site. Go to Tools > Conversion Tracking from the top bar, and you’ll see a screen with instructions for setting up the pixel if it’s not already set up. The easiest way to set this up on your site is to use Google Tag Manager.

Once the tag is in place, you can create conversion events from this screen, which can be configured based on a URL visited or via a tag fired on your site when an action is completed. See the previously referenced Google Tag Manager/Twitter setup article for more on setting up a custom event. 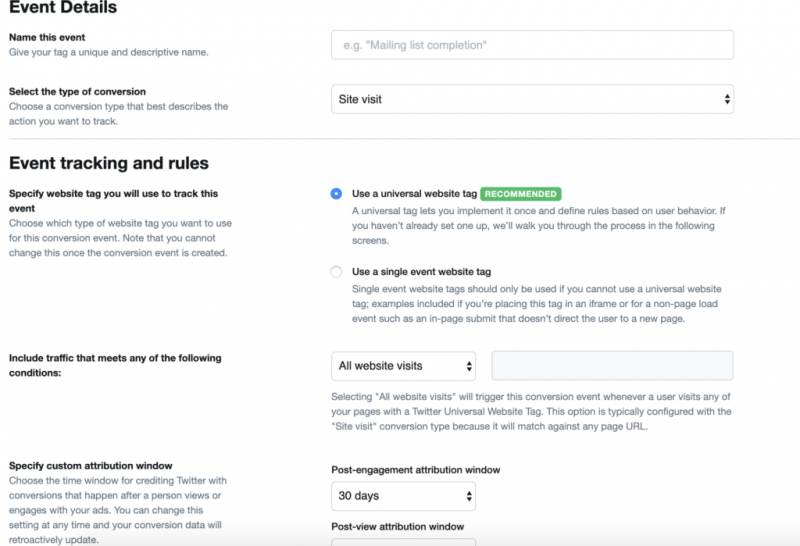 Once you have account access finalized and tracking in place, you can proceed to create a campaign. Click the “Create campaign” button in the upper right from the main Campaigns screen.

On the next screen, you can choose from several campaign objectives: 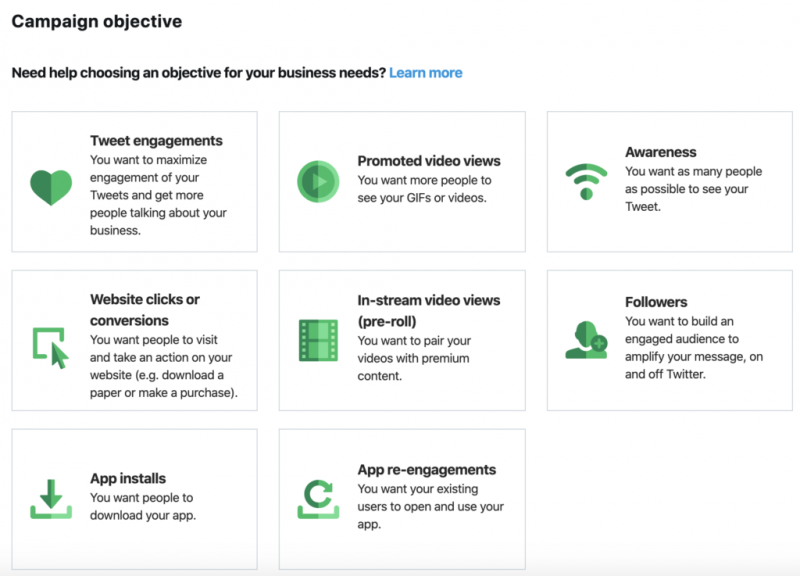 Once you select an objective, you’ll see a screen where you can walk through setting up campaign details. You need to supply a daily budget and can also set a total budget for the entire campaign duration. Also, you can control start and end dates. 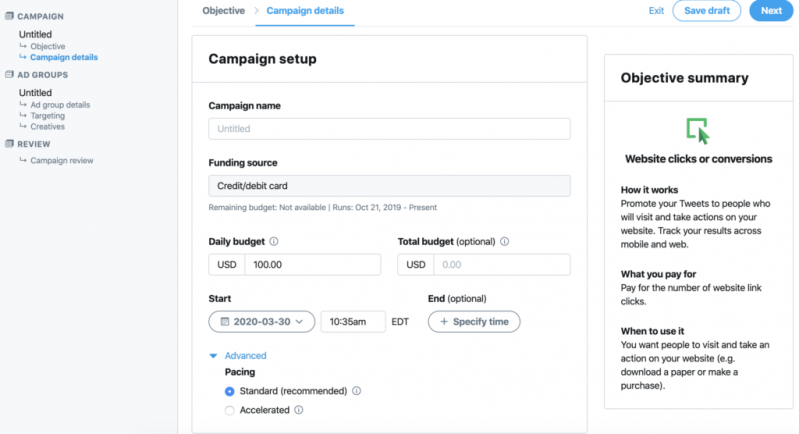 Within a campaign, you can set up multiple ad groups. Note that ad groups can also contain their own start/end times as well as total budgets. 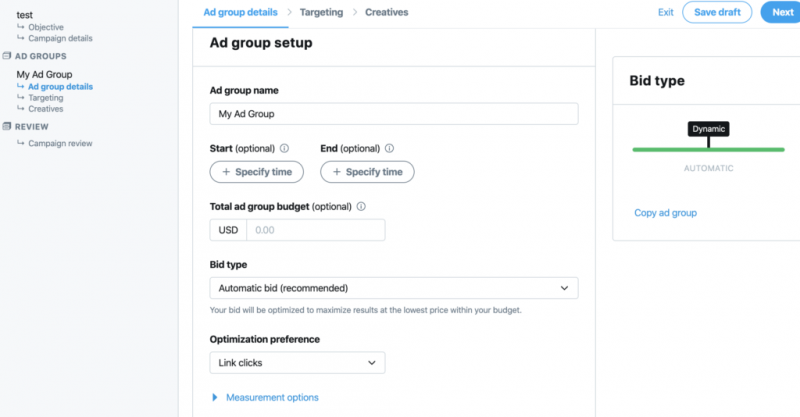 Next, you can choose a bid type.

While the latter two options still only let you bid per link click, note that you can still choose to optimize toward link clicks or website conversions. You’ll need to make sure the Twitter pixel is in place on your site and you have an active conversion set up in order to use the conversion option.

Under the Targeting section, you can now select the audience criteria you want to use. Twitter contains the following audience targeting options: 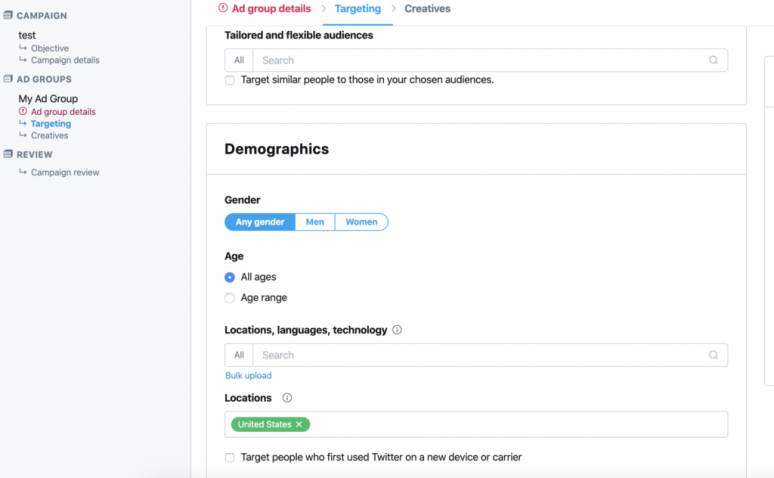 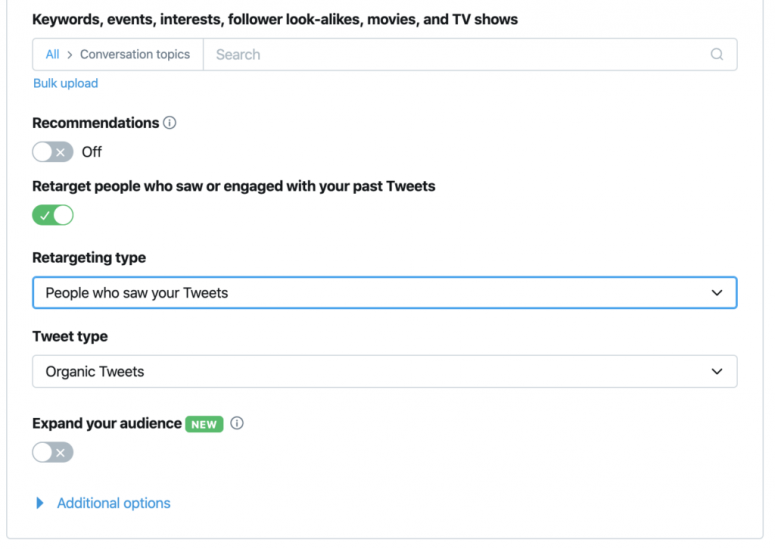 Other options include the ability to retarget people who saw or engaged with your past tweets. This can be particularly helpful when running awareness or video campaigns to reach people who showed interest in top-of-funnel content.

Under the Creatives section, you can now select the ads you’d like to run. You can choose to promote existing tweets or create new promoted-only tweets to use. 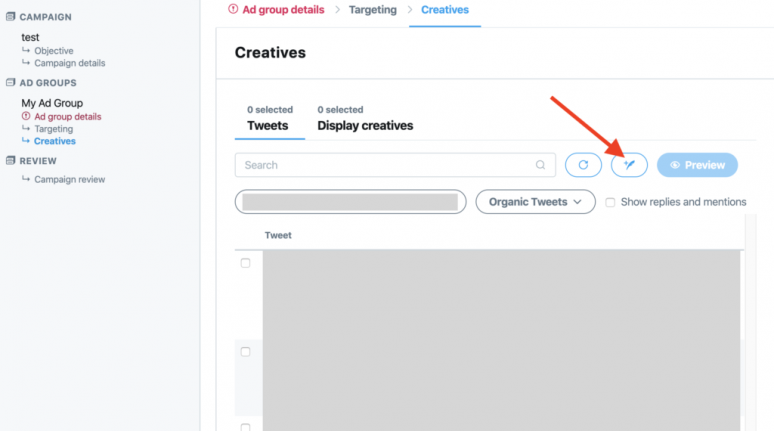 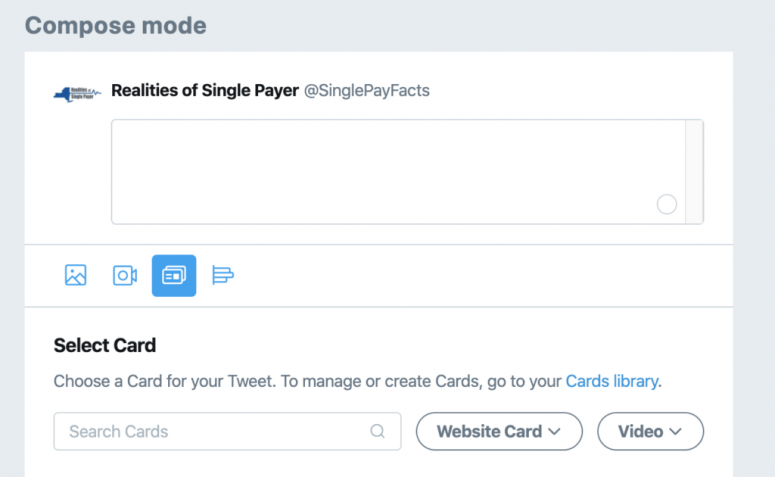 You can now add copy, which is bound to the same 280-character limit as a regular tweet. You can include an image, video, or poll as well.

However, the best approach, particularly when trying to get traffic to a landing page, is to use a Twitter Card. This is an asset that you create separately to associate with a tweet, and users can click it to go to a link. The third button from the left (which looks like a “stack of cards”) allows you to choose from existing Twitter Cards to associate with your promoted tweet.

If you need to create a new card, go to the Creatives dropdown and select Cards. 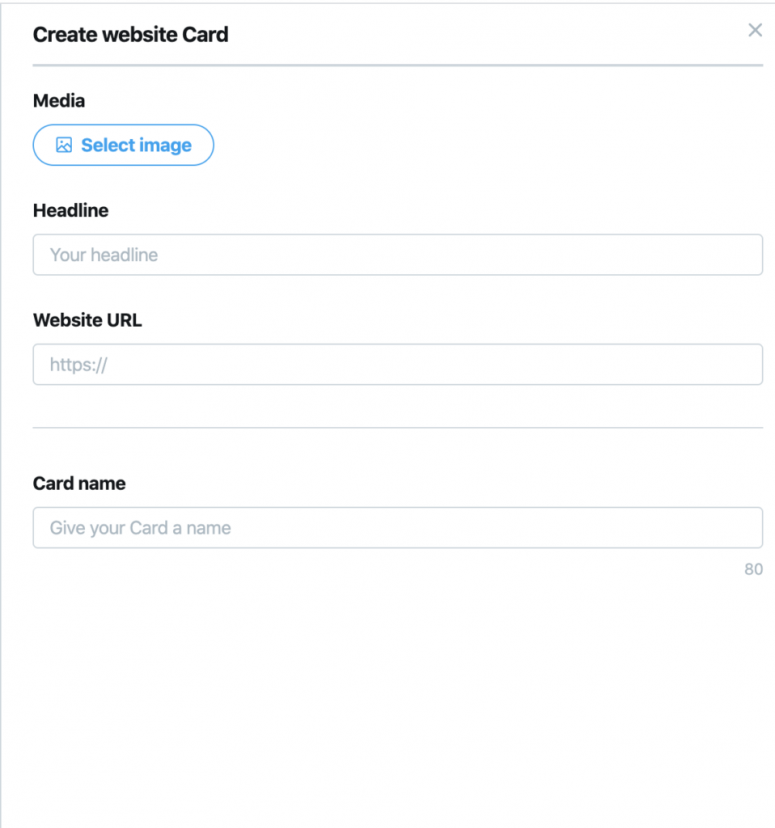 Once you select the card type, you’ll see fields to upload an image/video, add a headline, and include a website URL. Make sure to add any necessary UTM parameters to track the URL.

Once you’ve saved the card, you’ll now see it available when creating a promoted tweet.

After creative is in place, move next to the Campaign Review screen where you can check final details for the campaign. If everything looks good, click the Launch campaign button in the upper right to get your campaign off the ground!

Once your campaign’s running, you should start seeing stats show up in the main reporting screen. You can click into specific campaigns to see performance by ad group and ad level, as well as using the Audience section to see more specific demographic details. Use the Metrics dropdown to add different columns to see stats you want in the interface.

Have you used Twitter Ads, or are you just getting started? Let us know your thoughts and questions in the comments below!