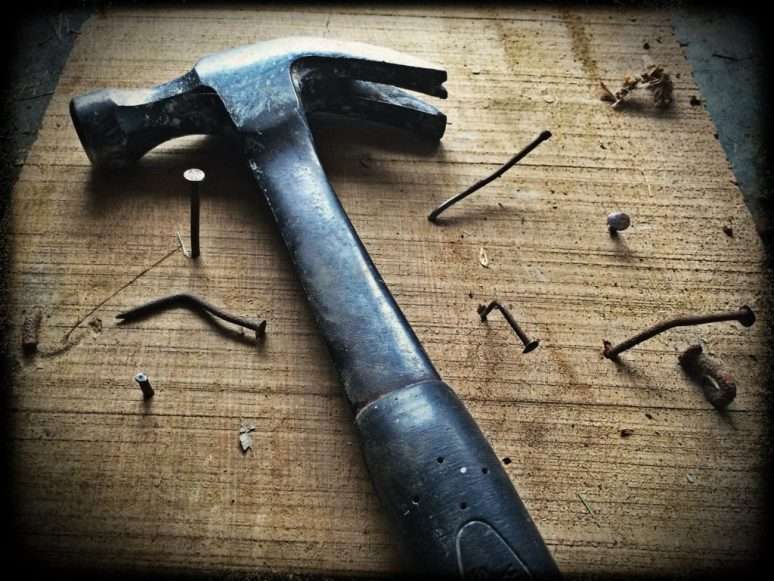 Google’s new interface offers more ways for advertisers to better interact with their target audience. One of the new offerings are advanced bid adjustments. These adjustments allow advertisers to increase or decrease bids for specific interactions.

We’re going to take a look at where to find these two features in the new AdWords interface as well as examine best practices for these adjustments.

Within the new AdWords interface, use the left navigation bar to locate “Locations”, “Ad Schedule”, “Devices”, or “Advanced Bid Adj.”

In this case, let’s look at device bid adjustments.

One of my favorite features that AdWords offers is the ability to see how different bids would impact traffic. Assuming that your campaign has not been constrained by budget over the last 7 days, you’ll see a clickable graph button beside your device type.

If you click the graph button, you’ll see a prediction of how Google estimates bid adjustments will impact your traffic. 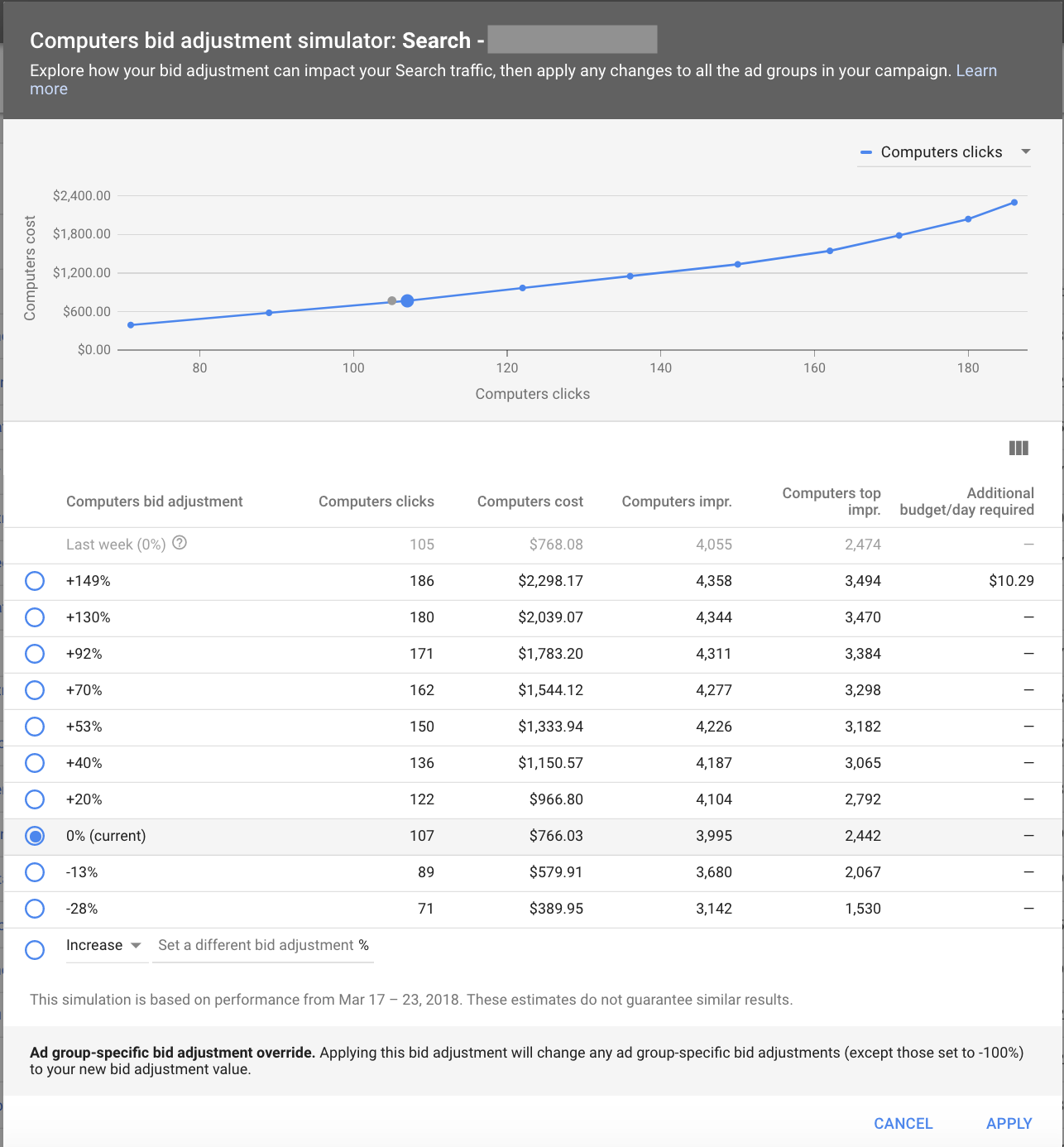 We always recommend looking back at a statistically significant time period before making bid adjustments and a personal best practice I stick to is not increasing or decreasing more than 20-25% in either direction, as to not throw off traffic too much or impact the final bid too heavily.

This bid adjustment is only available in the new AdWords interface, under Advanced Bid Adjustments in the left-hand navigation bar, then the Interactions tab at the top.

The fact that all of these call bid adjustments are bucketed under the name “interactions” makes me wonder if Google will be releasing additional interaction types that advertisers can bid up or down on in the near future? I hope so!

There is one more bid adjustment type you definitely want to know about in the new AdWords interface.

Staying in the Advanced Bid Adjustment tab of the new interface, you’ll see a “Top Content” tab at the top in addition to the “Interactions” one we just looked at. These bid adjustments are only open to folks who are running Display campaigns.

According to Google, on YouTube and the Display Network, you can set bid adjustments for content that “has been measured by our system to be more popular, tends to have a greater number of impressions per day, and gets a higher level of traffic and viewer engagements.”

These bid adjustments can be added at the ad group level and are currently only available from 0% to +500%. If you want to add a negative modifier, the only available option would be to add the site as a negative placement.

Google is releasing more and more options for bid adjustments. Top Content and Call Bid Adjustments are two ways to get in front of your target audience on Google. Since the Advanced Bid Adjustment tab can be hidden in Google’s new interface and potentially overshadowed by other new features, we hope this is helpful!

What tips do you have for adjusting and optimizing bid adjustments in Google? We’d love to hear your thoughts in the comments!

Join us tomorrow as we take a look at demographic bid modifiers in the new Google interface!